Binary System sponsor at Man.tra event of the 7th of May

Binary System sponsor at Man.tra event of the 7th of May

SOFTWARE TECHNOLOGIES FOR RAILWAY AND SHUNTING

With this title Binary System was present as sponsor and speaker at the event "Shunting the future" organized by Man.Tra last May the 7th at Hotel Savoia Regency in Bologna.

During the morning a series of technical interventions followed, held by sector experts; the aim was to increase the focus on the themes of maintenance, revamping and operation of shunting locomotives after the application of the ANSF Decree 1/2015 in view of new technological scenarios. 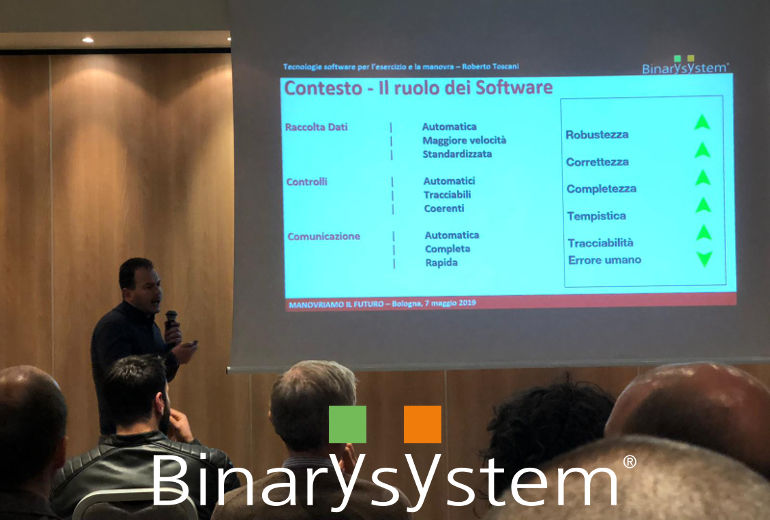 Binary and Circle together at Transport Logistic

Webinar Volaris - Binary System is among the speakers

Eleventh Edition of the Mercintreno forum